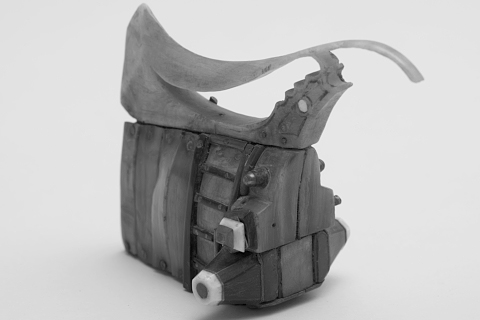 in those days, the motherland used to be far from all hubs of railways and preserved such ancient characteristics in complete isolation that could not really be found elsewhere. I still saw the shepherds with their braided hair who would let the herd graze even at night, mostly without permission. As a child, I would spend entire days with them, marvelling what a simple jack-knife is capable of creating in their hands. I learned to carve from them and learned about the kinds of woods. At the age of ten, I was already familiar with the tricks of making lead inlays and decorating the carved shape with wax, the so-called Spanish-waxing. I would burr and crave for days on end for my own pleasure
József Horváth     1959