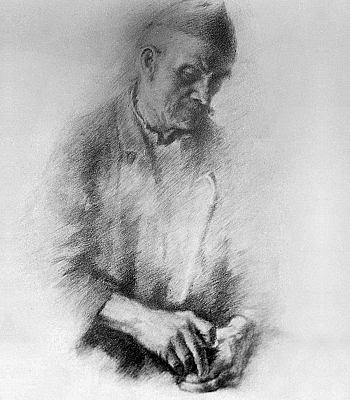 after the occupation following WW1 he fled Sombor and managed to come back to Hungary via Croatia but he arrived seriously ill.
While recovering he took to carving again, and painted the first larger figurative watercolour of his career depicting an old peasant which brought him the Esterházy Award in the Autumn Exhibition of Palace of Art, Budapest in 1921. Critics highlighted the tremendous illustrative force he applied to portray his subject
Rezső Becht     1961

Prince Paul Esterházy (1901-1989), an art- and science-supporter aristocrat living in pre-World War II Hungary. He supported fine arts by his annual purchases and by donating prizes for paintings and sculptures